After sending off monsoon with a promise to host next year, September rings in the new season of great flavor. It ripes splendid autumn to exude a scene full of charm and grace that’s absurd to dislike. For good or bad, September is the best season to exist with lovely fall colors throughout the forest.

The month is a mosaic of gentle green pastures, snow-white mountains, and colorful leaves of red and orange. It brings such incredible scenery from the Himalayas that even soaring ridge can’t cover its allure.

Adding to that, trekkers hiking mountains along wilderness and forest have a great chance of running into wild animals. With the lazy summer days long gone and fresh air making entry into the valley, any tour is refreshing in September.

Crushed between monsoon and early autumn, September has mild weather with humid temperature. It’s not too hot nor cold, making the month a perfect time to try out any adventure.

The Nepal tour in September is really the best thing that can happen to travelers. The month comes with clean air, a pleasant atmosphere, and the best of all the impressive views no matter where the place is.

Trees in the woods cheer up with fall colors, mountains are shinier than ever and places at lowlands explode with art and culture in September. The month is just the start of autumn so it goes easy up in winter. Be it the well-famed cities or some remote settlements in the Himalayas or Terai, every place looks wonderful in September.

Highlights of Nepal tour in September

There’re so many amazing places in Nepal that you’ll have a hard time choosing one. And because it’s September, it becomes even tougher to come up with the best five when every trekking and tour is doable. Nepal tour in September is absolutely incredible so make it count and get the best tour to do. Below are our top 5 best tours doable in September. 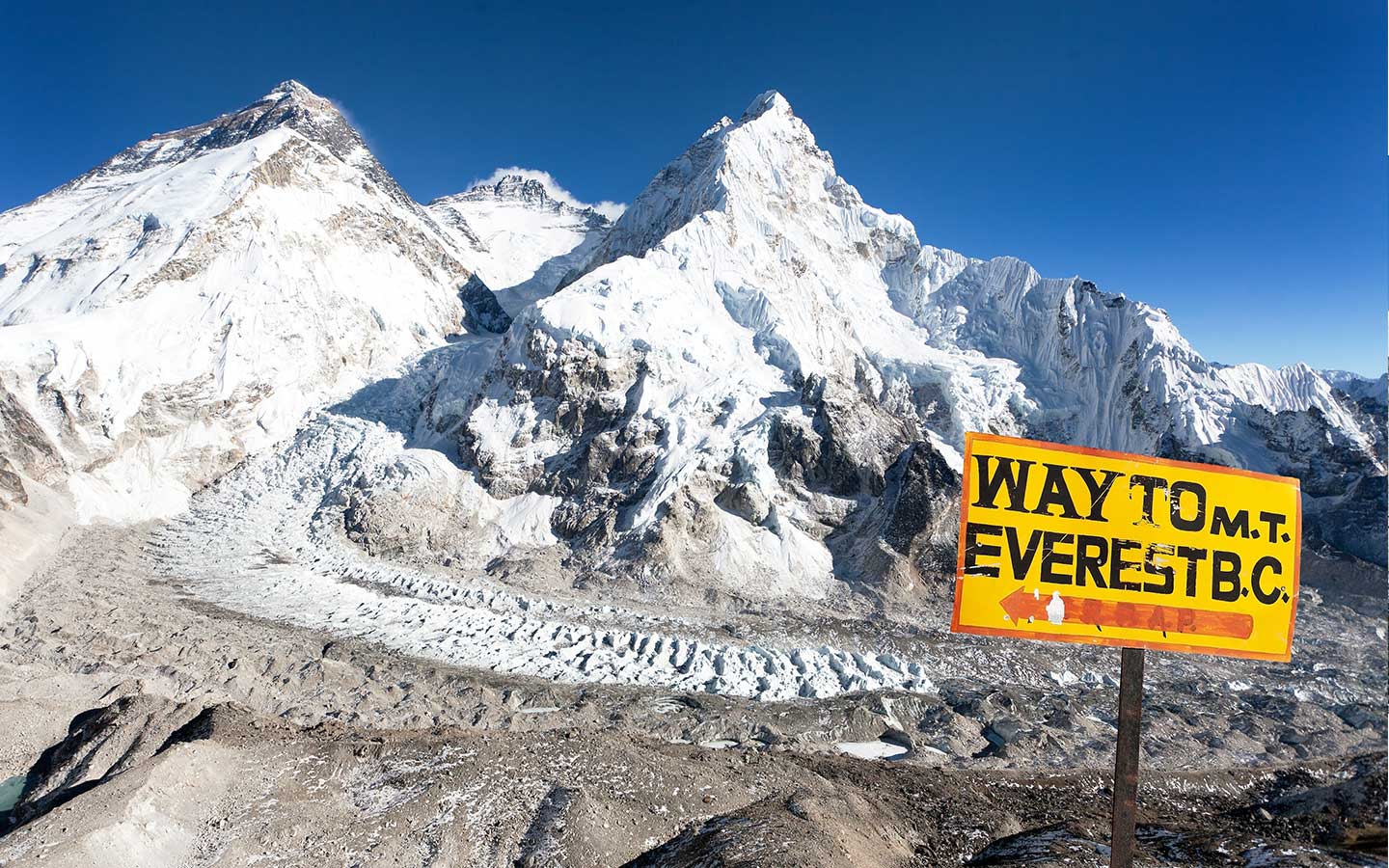 Who doesn’t like hiking magical valleys, wandering grassy hillsides, and gawking at the sweeping stream for hours? If not that, how about walking strings of trails unfurling scenic mountain views and villages which treat the guest as a god. You know, that’s pure joy and also the beauty of Everest Base Camp trek in September.

Unlike any other month, September makes a perfect time for hiking Everest Base Camp in all other respects. From clear skies to lovely weather and fall foliage, everything changes during the month and for better.

Trekkers get the true side of Everest Base Camp while hiking in September. They’ll get to experience cool mornings and warm days with picturesque vista. Trails are a bit crowded during the month so getting accommodation can be an issue.

Walking the mountainside is fun for the better half but as the elevation gains, the trek can be slightly exhausting. So, make advance preparation for the drastic changes in weather at higher altitudes as this will help you prevent the risks.

Sitting on the bank of Dudh Koshi River for a sweeping waterside view never gets old. Forget about not getting the food as the region has got ample lodges, tea houses, and hotels thereby you’ll always get a hearty meal. This makes it clear that Everest Base Camp is the best choice for the Nepal tour in September. 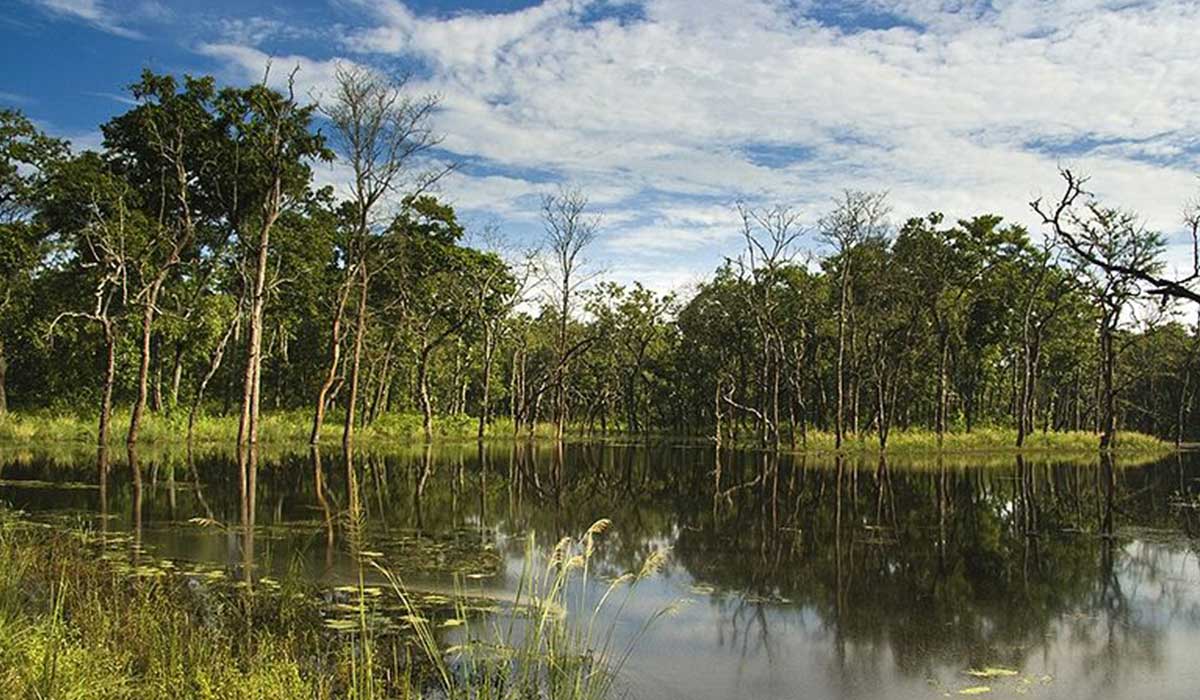 September is a true bliss for travelers visiting Nepal. Unlike summer, it doesn’t make them sweat like a pig while riding Terai lowlands. Instead, with the last drop of monsoon rain, September provides gently moderate weather starting right from the second week.

The unpaved roads are no more dusty with monsoon downpour wiping all specks of dirt and filth. The weather becomes summerish by mid-month and gradually soars until it gets roasting hot. But that’s the least of your concern as it only happens in October.

Moreover, the views are clear during September due to non-stop showers for almost three months. Most visitors opt for a flight from Kathmandu to Bharatpur to optimize time. But you can also take a long drive of almost 4 hours to reach this south-central city in Nepal.

The extremely buzzy city too has plenty of attractions to offer including popular landmarks, Kasara Durbar, and Upardanghari fort. Nature lovers can always turn to Chitwan National Park where you have so much to see.

There is a buffer zone, small rivers, and then a whole playground for wildlife including sloth bears, basking muggers, and gharials. Go to Valmiki Tiger Reserve to watch vicious tigers or else Elephant breeding center and find elephants in their natural habitat setting.

Cultural diversity is pretty evident in the region with people of all religions and ethnicity living together. The city is bursted with rich art and drawings from Tharu People as every house has a sketch of it. This probably has you make up the mind to visit Chitwan for the Nepal tour in September. 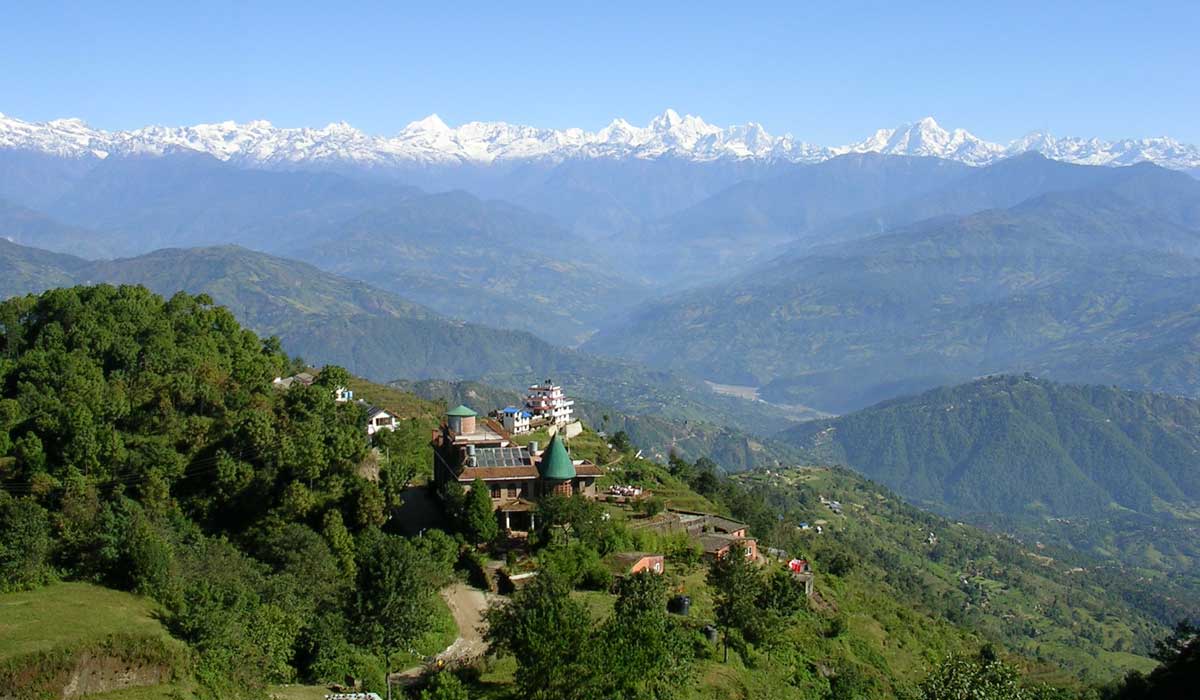 Pokhara is so full of life that it stuck to the senses even after coming far from the city. There are so many exotic places to explore here that your brain will be bamboozled. Even the early morning walk on the lakeside in Pokhara is more fun than most adventures you can come across.

If that wasn’t good already, you’ll also ride to Nagarkot tucked at the edge of Kathmandu valley. Just 30 km away from the city, this stunning small village has the most incredible view. Hotels and lodges sitting at the hilltop above clouds offer magnificent scenery of farms and joyful villages. The sunrise and sunset view from Nagarkot during September is something nowhere to be found.

But that’s only half of it, the other half is a 180-degree view of Annapurna massif range and even Manaslu. Less than 40 minutes flight from Kathmandu, Pokhara is the hotspot for travelers visiting Nepal. As the most popular lakeside destination for the right reasons, Pokhara offers a magical view.

For adventure junkies, it provides thrilling sports like paragliding, zip flyers, and even mountain climbing. Shorts trek like Poon Hill and Ghorepani doesn’t let the hiker leave the city without hiking their not so quiet trails.

The trek route is somewhat damp in the first two weeks but after that, it completely dries up. The weather is mild in September so hiking won’t be strenuous. With the sun up and sky blue, the sprawling landscapes, and mountains including Annapurna look marvelous.

Part sightseeing and part savoring tasty foods will see your day come to an end during a trip to Pokhara. There are many popped-up shops and stores on the sidewalk of cobbled streets where you can always get yourself good foods and other necessary items. 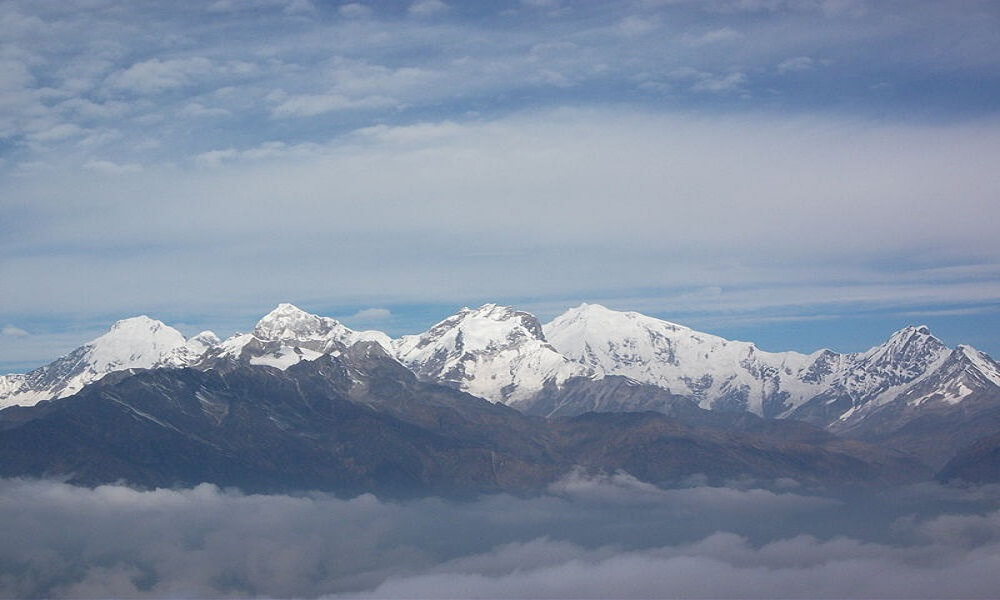 Langtang Valley is an epitome of rustic utopia. The valleys and hills are raw but still terrific to traverse with dynamic landscapes, high rolling hills, and snowy mountains. Its forest is a little paradise in itself where the tree seals heat. Walking the jagged trail from the into thick foliage is pure bliss in September.

The scent of wildflowers and Chirpines slipping through the dense forest is absorbing. You also get to witness the astonishing fall leaves, gentle high alpine pastures, and glaciers along the way. Syabrubesi, a gateway to Langtang Valley trek is nearly 89 miles far from Kathmandu on a shuttle.

Don’t expect to escape the mob in September as most travelers find the month perfect for hiking. Those who make it early to the valley may have to get over light storms and rainfall but by mid-September, the weather becomes subtle. Views are as always terrific but the real splendor is in the mountain.

With the crystalline sky of September, Langtang Himal shimmers as soon the first ray of sun hits the tip of the mountain. Walking the trail to Kyanjin is a delight despite the steep hills and stony trails.

It’s no festive time in September and yet, the prayer flags at Kyanjin Gompa will gladly hail you. It’s the ancient monastery exhibiting Tibetan culture and values. Locals of Langtang Valley are the kindest and most generous of all people.

They care for their guests and bring a light refreshment through fun activities like folk dance, and exchanging lyrical phrases. If you wish to have less fuss and enjoy the glorious view in silence then travel in early September. This might cause you to face rain and a drenched trail but it turns out the best you could’ve imagined. 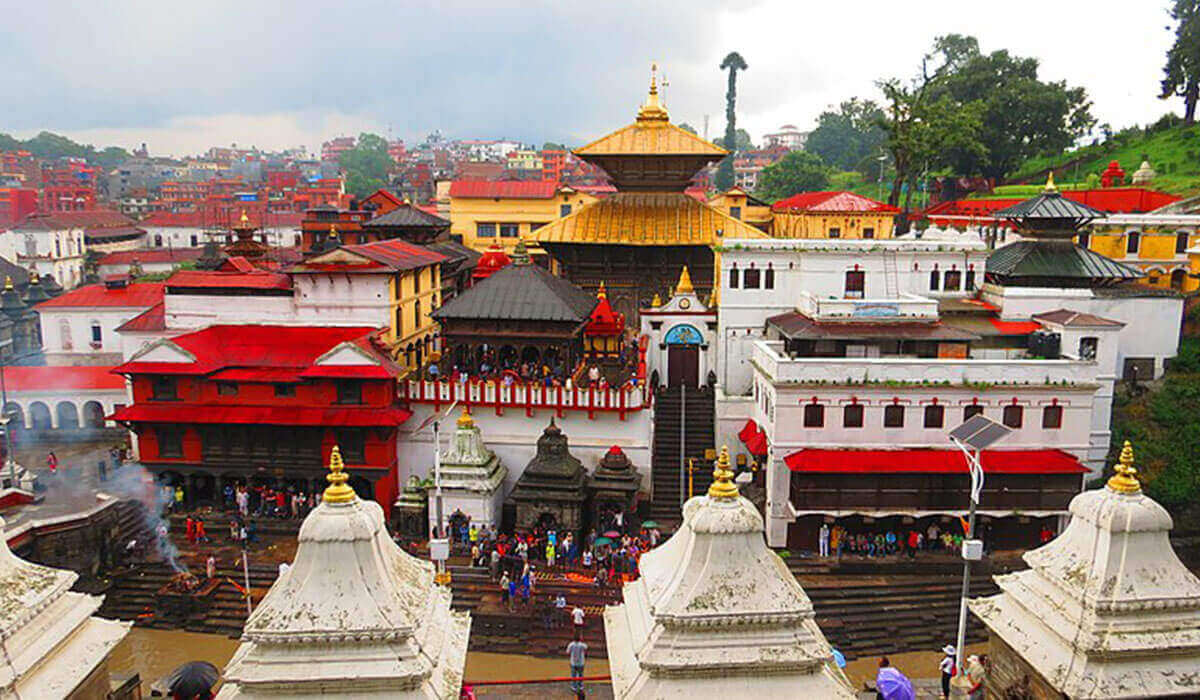 The most glamorous and striking city in Nepal, Kathmandu has the coolest cultural heritage sites, royal palaces, and fashionable streets. The places cheer travelers all year round but September definitely has a great impact more than any other month.

The month squeezes every ounce of grandeur to get the finest and most exquisite view. The capital’s high energy and spirit can be seen everywhere from the uptown market to food shops and fashion houses.

Kathmandu is jam-packed with fine artistry and architecture that you can find anywhere from religious shrines to old palaces and durbar squares. September creates momentum and a perfect setting to travel back in time through ancient durbar squares.

You can also visit the Narayanhiti Palace Museum or the Taragaon museum which even has an architectural archive with a posh cafe shop. Similarly, the colorful streets of Kathmandu are maddening and full of people, still it manages to look fantastic.

The city has plenty of art galleries and workshops where the antiques are must-to-see. UNESCO’s world heritage sites including Boudha Stupa, Pashupatinath Temple, and Swaymbhunath are other major attractions to explore during September. Hence, there’s no doubt Kathmandu makes the perfect destination for the Nepal tour in September.

Weather and Temperature during September

Out of all-season, Autumn is missed by most people for its lovely view and ambiance. September which marks the season arrival has the best autumnal face to be ever seen. It has nice breezy weather, a placid atmosphere, and a spectacular view that’s hard to beat.

September encounters temperate weather with most of the days, bright and sunny. After months of drizzle and wet lanes, it’s the first time trekkers will have nice weather to enjoy all by themselves.

Thanks to months of rainfall, the sights are clearer than ever before in September. The sky turns to light blue while forest changes into different hues from green to red, yellow, and orange. Every leaf looks like a beautiful flower during the month making

Temperatures in the lowlands are substantially higher than the mountains. Places like Bharatpur and Chitwan starts to get warmer right after a week in September. In just a few days, the average temperature soars to 35.5 Degree Celsius in daylight and falls drastically to almost 25 Degree Celsius.

Days are balmy in the Himalayas too until its end of the month but mornings and nights are pretty cold. The region witnesses a pretty good rainfall for half a month and then it slowly gets away.

Other than the nice climate, you also get the most alluring view in the woods and up above the hills. It’s a joy walking luscious meadows, traveling into the woods decked with fall foliage, and watching different species of animals and birds.

Following months of heavy rainfall, villages are ready to welcome guests wholeheartedly since the first week of September. The views are great since the beginning but to get the fullest of it, you’ve to wait till the month’s end. By then, the weather gets stable and you can enjoy the month to the best. 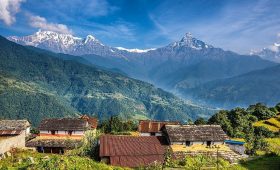 Tour in Nepal in October 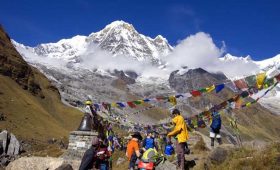