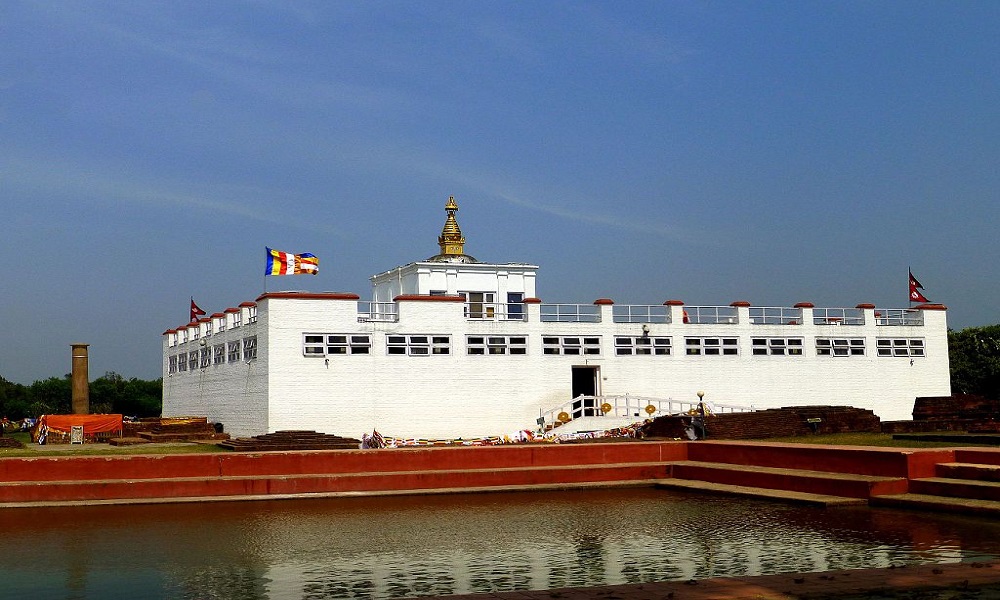 Nepal is a traveler’s paradise. Hundreds of thousands of tourists travel to this tiny Himalayan nation with their family every year. The geographical diversity and the wide range of activities available makes Nepal a popular destination for families. The Nepal Family Tour takes you on a complete tour of the beautiful country in just 10 days.

We will start our tour in the capital city of Kathmandu. The mystical alleys and Durbar Squares of the Kathmandu Valley will enchant you. We also visit the sacred sites of Swayambhunath, Pashupatinath, Boudhanath, and others. These UNESCO listed World Heritage Sites in Kathmandu valley are the highlights of the tour.

You can also visit the lake city of Pokhara and relax in the Lakeside area next to the pristine Phewa lake. The tour also takes you to the famous landmarks of the city, including the Davis fall, Mahendra Gufa, Chamero cafe, World Peace Pagoda, and the Sarangkot viewpoint. You can also observe and relax at the vibrant nightlife of Lakeside.

Moreover, the tour also takes you on a pilgrimage to the birthplace of Lord Buddha, Lumbini. Lumbini has a monastic zone where you can find monasteries built by various countries. You will go on an adventurous jungle safari in the beautiful landscapes of Chitwan.

Furthermore, you can also observe the gorgeous sunrise from Nagarkot and Sarangkot viewpoint. We are offering this incredible Nepal Family tour package at an affordable cost. Read further for the detailed itinerary and other information about this exciting trip!

Highlights of the Trip

Day 1
Day 1: Arrival at Kathmandu and Transfer to Hotel.

After your arrival in Kathmandu, you will get transferred to a hotel. You can rest and stroll around the city in the evening and stay overnight at the hotel in Kathmandu.

After breakfast, we start our Kathmandu city sightseeing tour with a local professional guide. We begin the day with a religious trip to the sacred temple of Pashupatinath, which is one of the most important religious landmarks for Hindu devotees.

Then, we make our way to the stunning Swayambhunath temple (Monkey temple) situated atop a hill. The UNESCO World Heritage sites of Kathmandu are of great cultural importance. We then make our way to Kathmandu Durbar Square, which is an architectural landmark of the city.

Furthermore, the Basantapur Durbar Square premises and the surrounding temples will transport you back to the medieval times. We then drive to the hill town of Nagarkot in the evening and stay overnight at a hotel.

We observe the gorgeous Himalayan sunrise from the Nagarkot viewpoint. Then, we take a drive from Nagarkot to Bhaktapur for a cultural tour. A heritage expert will take you on a cultural tour of the unique architectural landmarks of the city and the Newar settlements of the town.

Bhaktapur is also known as the city of Devotees as it has hundreds of temples. The vibrant Newari culture will enchant you. Moreover, you can also taste the delicious Newari cuisine and the local wine “Aila”. You will also observe the famous 55 window durbar, five-storeyed Nyatapol mandir, the Pottery square, museums, and others in Bhaktapur.

We then make our way to the stunning Patan Durbar Square to observe the ancient Malla heritage. The Pagoda-style temples and the Buddhist Bihars are the major attractions of the city. Moreover, the modern cafes and hotels of the city will provide a beautiful cultural contrast. You will stay overnight at a hotel in Kathmandu.

After breakfast, we start our tour of the lake city of Pokhara. The spectacular landscapes, tourist spots, and the quaint charm of Pokhara will spellbind you. We will arrive at Pokhara after a scenic drive of 7-8 hours via the Prithvi Highway.

We then hike to the famous World Peace Pagoda (Stupa) to observe the beautiful sunrise. After returning from the stupa, we rest and stroll around the Lakeside area in the evening. We will stay overnight at a hotel in Pokhara.

We will take an early morning drive to Sarangkot hill to observe the gorgeous sunrise. The golden rays of sun falling upon the silver mountains will spell bind you. We then drive back and go on a sightseeing tour of the city.

Firstly, we go on a boating tour in the pristine Phewa lake. We then observe the famous landmarks of the city, including the Mahendra gufa, Chamero cave, Davis falls, and others. After having our lunch, we stroll around Lakeside next to the pristine Phewa lake in the evening. We will stay overnight at the hotel in Pokhara.

Day 6
Day 6: Drive to Lumbini to visit the Birthplace of Buddha. Overnight Stay at Lumbini.

After breakfast, we will take a 3-hour drive to Lumbini, the birthplace of Lord Budhha. We will go on a sightseeing tour to the religious landmarks, including Lord Buddha’s birthplace, Maya Devi Garden, Ashoka pillar, and others.

There are various temples and stupas built by various countries, including the Chinese temple, Japanese temple, Vietnam Temple, and others. The tranquility of the place will enthrall you. We will stay overnight at a hotel in Lumbini.

Day 7
Day 7: Drive to Chitwan and Overnight Stay at a Resort.

After breakfast, we will drive to Chitwan for the jungle safari and other adventures at Chitwan National Park. The beautiful flatlands of Terai will provide incredible adventure opportunities.

You will get greeted by a Tharu cultural dance in the National Park premises upon your arrival. You can taste the delicious Tharu cuisines in the evening and stay overnight at the Resort in Chitwan.

After breakfast, we will start our adventure in the Chitwan National Park and perform jungle activities, including the jungle safari. The safari tour takes you to the lovely Terai landscapes, to spot and observe the rare and endangered wildlife species of Chitwan National Park.

The Chitwan National Park is famous for the Royal Bengal tiger and the one-horned rhino and works in conserving these rare wildlife species. You can either take an Elephant Safari or a Jeep safari to explore around the jungles of Chitwan. The moderate temperatures of Chitwan is ideal for a Jungle Safari. We return and stay overnight at the resort in Chitwan.

After breakfast, we will take a scenic drive to Kathmandu from Pokhara. The drive takes around 7-8 hours and passes through the hilly landscapes of the region. After your arrival, you can stroll around the city in the evening.

Alternatively, you can also relax at Thamel and experience the vibrant nightlife of Kathmandu. You will stay overnight at a hotel in Kathmandu.

After 10 beautiful days in Nepal, our Nepal family tour comes to an official end. Our staff will pick you up from the hotel and drive you to the airport. You can then board a flight back home.

Major Attractions of the Tour

Pashupatinath is one of the most important temples of Lord Shiva. The 2000 years old temple of Lord Pashupatinath gets visited by Hindu pilgrims from all over the world. You can observe Sadhus and Santas on the premises of Pashupatinath. Besides that, you can also observe the Hindu cremation in the holy Bagmati river and the evening arati.

Swayambhunath is also known as the Monkey Temple or a majestic stupa situated at the top of a hill. The stupa is quite popular and is famous for the breathtaking sunrise view overlooking the entire Kathmandu valley. You will get welcomed by monkeys around the region during the short hike.

The sacred Boudhanath Stupa is a holy temple for Buddhists all around the world. The area around is popularly known as little Tibet, as there are more than 50 thousand Tibetan refugees settled there. The monastery and the enormous white stupa sends the message of peace all over the world. You can also visit the various hotels, restaurants, and Thangka galleries around Boudhanath.

Patan Durbar Square is an architectural marvel with various temples and palaces from the Malla period. The Hindu Pagoda style temples and the Buddhist Bihars are the crown jewel of the city. Besides that, the modern cafes and restaurants alongside the ancient temples of the city provide a beautiful contrast to the city.

Pokhara is a beautiful lake city with many natural and cultural attractions. There are many hotels, cafes, restaurants, pubs, and others in the tourist hub of the city. The scenic drive to Pokhara from Kathmandu takes around 7-8 hours. Alternatively, you can also take the early morning flight to the city from Kathmandu.

The beautiful Lake Phewa and the majestic views of the snow capped mountains, including Annapurna, Macchapucchre (Fishtail), and Dhaulagiri, are the prime attractions of the trek. Moreover, you can try out the various adventure sports in the city, including Paragliding, bungee jumping, ultralight flight, honey hunting, and others.

Lumbini is the birthplace of Lord Buddha and is a popular destination for Buddhist devotees from all over the world. You can observe the shrines dedicated to the various stages of Lord Buddha’s life.

The jungle safari adventure in Chitwan National Park is the highlight of the tour. You can also spot the rare and endangered wildlife species of the region. The Natural Park works in the conservation of the Royal Bengal tiger, one-horned rhino and other rare species. Chitwan is also famous for the vast rivers flowing freely in the region.

The beautiful landscapes of Chitwan will enchant you. You can observe the Tharu community dance in the evening and taste the delicious Tharu cuisines in the National Park. Furthermore, you can also take the Elephant Safari or the jeep safari in the Chitwan National Park. Various breeding centers help in the ecological development of the entire region. 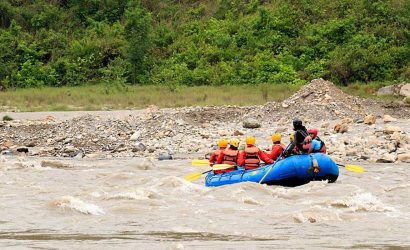 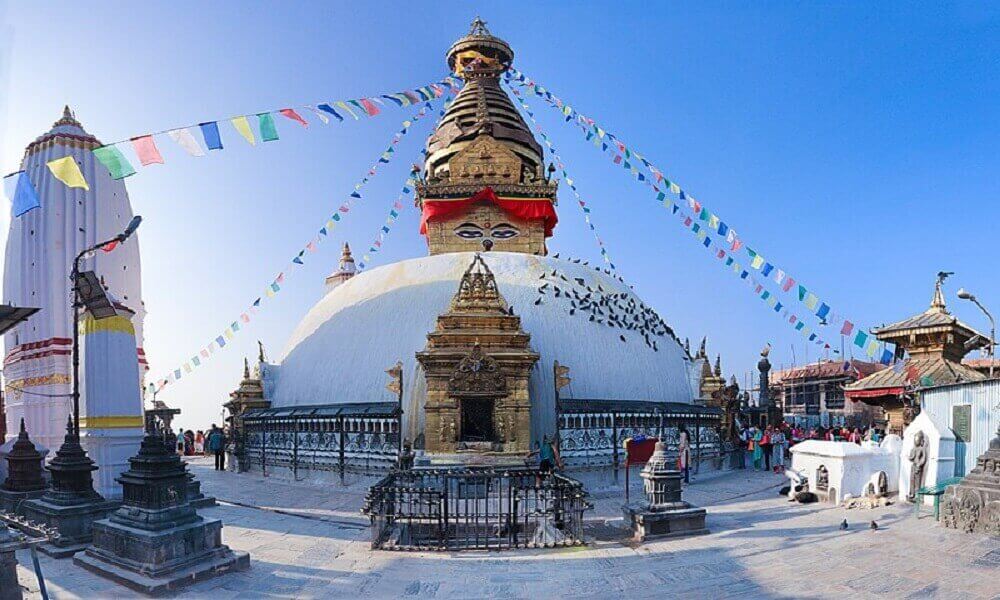 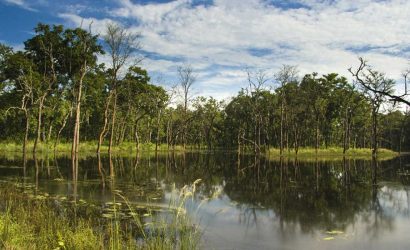 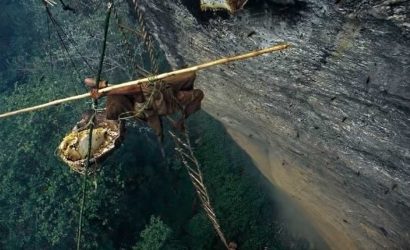