Langtang region is pretty famous for its different trek routes. Such as Langtang valley trek, Helambu Trek, and many more. The treks are usually about 7 to 16 days long according to the place you will be trekking.

These treks take about a week or more time. Many people can’t go on this trek due to their limited time. Thus Nepal Recreation brings you a Langtang Helicopter tour that is a day long. So grab your things to soar through the sky and make awesome memories.

Langtang region is located in the north-central part of Bagmati province. The area is about 51 km on the north side of Kathmandu. It is one of the closest mountains to be near the capital.

The region is quite famous for holding Langtang national park. This park was created in 1976 by the Royals to protect and conserve the Langtang area. It was the first national park to be established in the Himalayas.

The various species of wildlife and vegetation you get to explore are quite exciting.

The majority of people living in this place are from the Tamang Community. The warm welcome and hospitality provided by them are not to be missed. They still depend on timber and wood for the fire.

The park contains lake Gosaikunda which is considered a holy site for the Hindus. It also has another sacred site, the Kyanjin Gompa, which is a beautiful Buddhist Monastery.

This helicopter tour takes you on the flight above the beautiful Langtang national park. You get to view the snow-capped mountains, glaciers, rocky terrains, and many more.

Some mountains you get to sight are Dorje Lakpa, Langtang Lirung, Ganesh Himal, and many more.

On this Langtang Helicopter tour, you will reach Kyanjin Gompa situated at an elevation of 3800 m.

You will also get a chance to visit a settlement that resides near the Gompa. The colonies are mostly filled with Sherpa and Tamang communities.

On this tour, you can also see the colorful forests filled with rhododendron. And experience the lifestyle of the Tibetan influenced village.

Your Helicopter tour starts from Kathmandu reaching Kyanjin gompa then after some exploration you return back.

Helicopter tours have been quite popular nowadays to visit and explore the beautiful attraction points in a short time period. Langtang Helicopter tour is a pleasing flight experience through the air.

Highlights of this Helicopter tour

One day short itinerary for this helicopter tour. You will begin your flight from Kathmandu and make your landing at Kyanjin Gompa. After a short tour, you return back to Kathmandu.

The itinerary is explained briefly below:
<h3>Kathmandu to Kyanjin Gompa</h3>
You will be taking an early flight so you have to wake up early and reach the Tribhuvan Domestic Airport. From here, you will be boarding your chopper.

After the fueling is complete you will buckle up your seat belt and soar through the sky. The flight distance between Kathmandu and Kyanjin Gompa is<strong> around 1 hour.</strong>

As you look out your window you will witness the stunning Himalayas such as Langtang Lirung, Dorje Lakpa, Ganesh Himal, and many more.

Also, the beautiful valley and lush green forests below is quite breathtaking. Viewing these scenarios you reach your destination.
<h3>Explore around Kyanjin Gompa</h3>
You will be landing near the Kyanjin Gompa. The helicopter will stay in the ground for <strong>about 45 minutes</strong>. This time is enough for you to explore the nearby valley.

Kyanjin Gompa is one of the highlights in the Langtang region. This place offers ancient stupas and monasteries that reflect the Tibetan culture. It also has a famous old yak cheese factory.

The majority of people living here are from the Tamang community. Their warm hospitality and foods are not to be missed.

Also, the stunning view of snowy mountain tops and unique landscape will amaze you.

If you are visiting this place during peak seasons then you will see many trekkers here. During their acclimatization day at Kyanjin, they also tend to hike up till Tsego Ri. It is situated at<strong> an altitude of 5150 m</strong>.
<h3>Fly back to Kathmandu from Kyanjin Gompa</h3>
After taking beautiful snaps and exploring the valleys it's time to head back to Kathmandu. You will fly back the same airway, viewing the mountain peaks and valleys.

Landing at the airport you will be picked up from there and dropped off at your hotel.

Nepal recreation hopes you had an awesome helicopter experience above the Langtang region.

Some Facts of this tour

On this tour, you will fly up to Kyanjin Gompa situated at the height of 3800 m. Along the way, you will fly above the Langtang national park and many settlements of the Sherpa and Tamang community.

This Helicopter tour can be done any month of the year, but during some months it can be canceled or delayed. Best time for doing this tour is explained briefly below:

Spring season begins from the month of March and ends in May. Spring is one of the peak seasons when many people visit the Kyanjin Gompa. Heli tour during these months is just perfect.

Beautiful scenario of colorful forests, snowy mountains, etc from above is just excellent. The days are sunny, giving a clear view of the area. There are low chances of rainfall during this time of the month.

This season has favorable weather for doing a Helicopter tour.

Monsoon season begins from the month of June and ends in August. It is the season when heavy rainfall occurs.

Due to continuous rainfall, the visibility of the Snowy Mountain peaks and landscapes is a blur. They get hidden behind the dark rain clouds.

Helicopter tours can be operated during these months. But there are times it can get canceled or delayed according to the weather condition.

This season falls between the month of September till November. The weather is just exquisite for aerial flight during these months.

Monsoon season has just finished making the view of the rain-washed environment amazing. The days are clear with a cool climate, and it gives you a clear vision of Mountain tops.

Winter Season falls between the month of December till February. The beautiful view of snow-covered mountain peaks you see out the window will astound you.

This season is also good for these aerial tours but it can be canceled during the time of heavy snowfall. Also, the view gets hidden during the early mornings or evenings due to fog.

But during the day time, the skies are unclouded making the sight of the Himalayas crystal clear.

Langtang exhibits different temperatures, nature, and climatic conditions according to the season you will be visiting it in. There are four seasons to choose from: Spring, Monsoon, Winter, and Autumn.

Autumn (September- November) and Spring (March-May) seasons are the peak time of the year when many trekkers visit the Langtang region. You can find yourself, companion, all along the way.

The climatic condition is favorable with the beautiful view of blooming flowers and lush green forests.

The skies are clear giving out the striking sight of mountains all along the path. These seasons are quite packed with trekkers looking for enjoyable holiday time.

While Winter (December- February) and Monsoon (June- August) seasons are considered not much favorable time for visiting Langtang valley. But you can go during this time as well if you are a peace lover and adventurer.

These seasons are when snowfall and heavy rain showers occur. There are high chances of landslides during Monsoon and also insects and leeches are seen.

If you have made up your mind to visit the region during this time then be well prepared.

Some tips for clothing and packing

This is a day tour so it is not necessary to wear and carry many things with you. Few things you can carry and wear is given below:

The Langtang Helicopter tour package was made especially for those people who have short vacation time. You can take a day break from your busy schedule and visit this place which is a few hours trip by helicopter.

You get to live the moment in one of the famous regions of Nepal. Langtang is rich in culture, vegetation, nature, etc. In this tour, you visit Kyanjin Gompa which is the highlight of Langtang treks.

Many people every year trek the routes to reach here. But through this tour, you reach there within hours, visit the place and return back the same day.

These memories are going to be engraved in your brain for a lifetime. So don’t miss this amazing opportunity in the Langtang valley.

Luxury Tour 8 Days
$ 3,550
No place in the world hauls the mind of travelers as much as Nepal does. It’s because the country has the most happening places with...
View Details
Available through out the year:

Multi Day Tour 7 Days 2-20 People
$ 440
Nepal Recreation is here with the best deal of 6 Nights 7 Days Nepal Tour Package. A package that takes you to some of the...
View Details
Available through out the year:

Day Tour 1 Day 1-35 People
$ 80
1 Day Khokana Bungmati Tour will take you to the inner soul of these Newari towns. Khokana and Bungmati are just 10 kilometers away from...
View Details
Available through out the year: 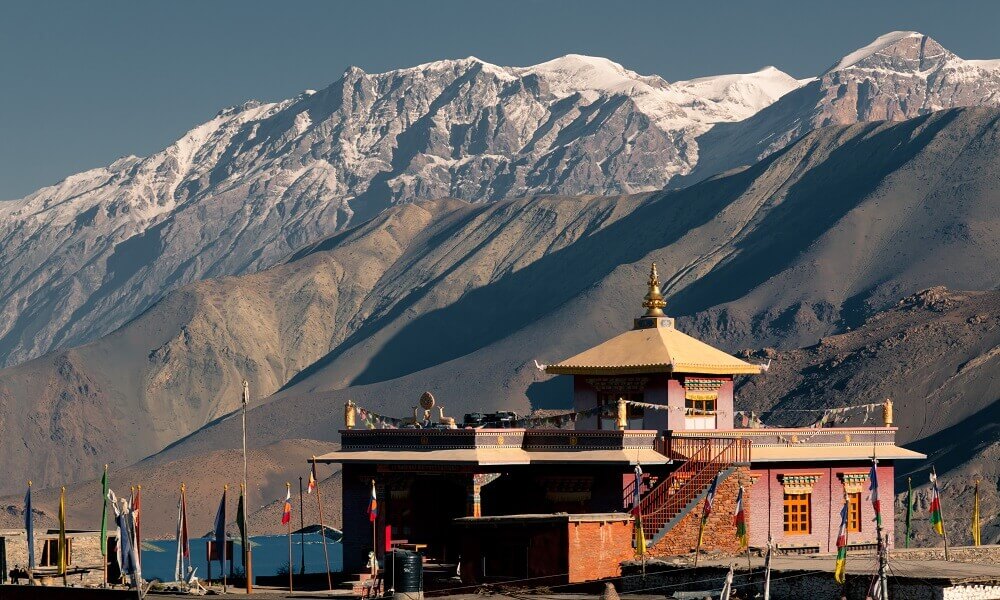